It is my belief that our brain is our most powerful weapon and as long as we continue to invest in our own education and have more credentials, we are far more likely to get hired over someone who doesn’t.

I help project leaders use Lean Six Sigma to solve problems and create value for their employers.

This allows them to stand out and get noticed by hiring managers so they can get hired or promoted!

When I worked at General Electric (GE) under Jack Welch’s management, all managers had to be Six Sigma certified.

Promotions and bonuses were directly linked to improvement in quality.

A Green Belt certification became a minimum requirement for promotion at GE and almost half of all bonuses depended on the successful implementation of a Six Sigma project.

The central idea behind Six Sigma is that if you can measure how many “defects” you have in a process, you can systematically figure out how to eliminate them.

Under Jack’s leadership, Six Sigma changed the DNA of GE — it became the way employees worked …. in everything they do and in every product they design.

My personal Six Sigma journey started more than 20 years ago when I was working for a liquor company in Florida. I started out as an intern and I worked really hard year after year and before you know it, 6 years had gone by.

I have to tell you … this was probably the “funnest” company I ever worked for … if there is such a word. LOL

You know how employees usually put their company’s products and pictures in their offices at work?

Well, we had liquor bottles lining our offices because we were encouraged to use the company’s products.

Not to mention the pub in the building that was open every day for lunch with free happy hour at the end of each week.

I sometimes struggle with social anxiety where I’m afraid to leave my house. But I have to tell you … I honestly had no trouble with my social anxiety working for this company. LOL

Long story short, my company was being sold and I couldn’t escape the feeling that I had just wasted 6 years of my life building a career that could end at any moment.

Then I received the call from GE that totally turned my life around. I interviewed and was offered a role as project manager with a significant increase in salary.

The only downside was I had to pack up my family and move to Connecticut, but nothing was going to stop me. I knew I had to rise.

I did my research, but I arrived in Connecticut with my family and even with the big salary increase, the cost of living was so much higher than Florida that I found myself renting someone’s basement apartment for several months.

But I was young, determined and I was not afraid to work hard.

I’m also introverted and not a big fan of public speaking. I was also not the biggest process person at the time. But I knew that as long as I was a hard worker and delivered on my projects, it was just a matter of time before I would get that BIG promotion and start to make more money.

I discovered that it’s not enough to just work hard. In addition to working hard, I needed to find a way to deliver value to my employer. I did some checking and I soon figured out that the folks that were getting promoted all had one thing in common. They were using their Six Sigma certifications as a way to get ratings on their performance evaluations.

Remember what I said about Six Sigma being a part of the DNA at GE and how all employees needed to be Six Sigma certified in order to be promoted?

I signed up for training. I decided to get my Six Sigma certification and I went to work.

Passing the exam and getting certified was not easy, but as I went through the training, my problem-solving skills increased, and my managers started to notice.

When I earned my certification, I was so proud. I put my certificate up in my office and I told everyone. I do mean everyone. The Starbucks guy had no clue why I was so excited, but my co-workers did.

When I applied for my next promotion, I received it, the one after that and so on.

According to Glassdoor, a Six Sigma Green Belt averages about $20,000 more in salary than their counterpart in a similar role without the Green Belt certification.

My earnings including bonuses and everything went so high that, technically, before I left the company, I had to receive my last raise as a bonus because I would have been making more money than some of my managers. And I wasn’t even an executive, I was just following Jack Welch’s directions word for word.

You may be going through some of these challenges right now. Working long hours, going from paycheck to paycheck and trying to make ends meet. It’s not fun to sit back and watch your co-workers get the jobs and promotions you want. Even though you work a lot harder.

I WANT you to know that if I could do it … you can do it too.

I took a huge risk when I decided to leave GE to start my own Six Sigma training business. But I wasn’t afraid … I knew that no matter what happened, I would always be able to get a job if I needed to.

Six Sigma has been the one thing that has differentiated me from other candidates in the marketplace.

It gave me the confidence to be myself in interviews and prove to potential managers that I have the ability to deliver value.

I believe that as long as we continue to invest in our own education and have more credentials, we are far more likely to get hired over someone who doesn’t.

The Six Sigma framework has brought success to me, my clients, and thousands of consultants and Fortune 500 companies who have taken the time to learn this framework.

I spent over 20 years in the corporate world, working with some of the most successful companies, managers and teams in corporate America. I started with nothing – no mentors, no business experience, no idea at all what to do – and I figured it all out by making every mistake possible, and learning my lessons.

My decades-long years of experience included working with and for some of the greatest managers in corporate and leading projects for some of the world’s largest and most successful Fortune 500 companies.

For about 5 years now, I’ve been teaching rookies, consultants and executives the breakthrough framework to finally solve problems in a way that force managers to notice and pay attention to you, get you on their teams and get you promoted.

My students and clients include many of the top project leaders in fortune 500 companies that are household names… including many of the more well-known “Six Sigma Companies” out there.

If you take a quick look at my testimonials you’ll see professionals freely giving me credit for helping them.

I’ve also personally taught some of the most stubborn and hard-to-coach people you can imagine… and transformed them from struggling to solve business problems … into cost-saving superheroes.

I would love to work with you.

My goal is not Just to give you a badge but to transform you into a problem solving superhero, help you find work so you can become the leader you want to be!

Register for one of our courses or mentorship programs today.

You may also schedule a free consultation with me where you can ask me anything!!

On our call you and I will spend up to 30 minutes chatting about your specific career goals.

We’ll get clear on what it’s going to take to make you the #1 choice for employers.

… and how Lean Six Sigma can help you make your career dreams a reality.

I’ll help you decide which level Lean Six Sigma Training & Certification is right for you, how best to use your training to start adding value for your employer immediately after you register and how to ace your job interviews every time! 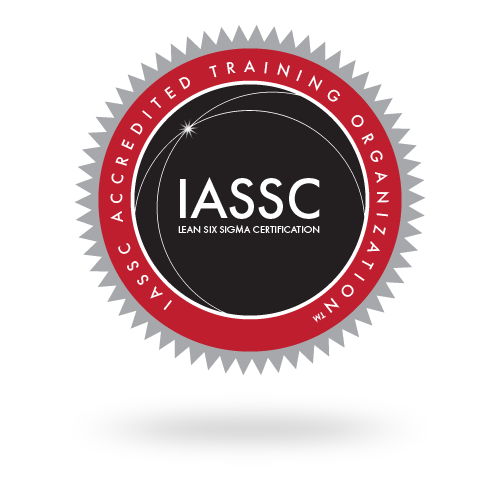 WE ARE ACCREDITED BY:

What is Six Sigma?

“Six Sigma” is a set of principles, based upon statistical analysis, used to increase the efficiency of any process by reducing variability or defects. The use of Six Sigma was made popular in 1995 when General Electric implemented Six Sigma as an integral part of its business strategy. Since then, Six Sigma has been widely adopted by industry and has proven itself to be a robust method of process improvement.

How Six Sigma Training Can Benefit You?

Lean Six Sigma gives professionals the skills they need to provide value to their employers so they get noticed, get the jobs they want and get the salaries they deserve.

Enter your email to get exclusive deals you will not find anywhere else, straight
to your inbox!